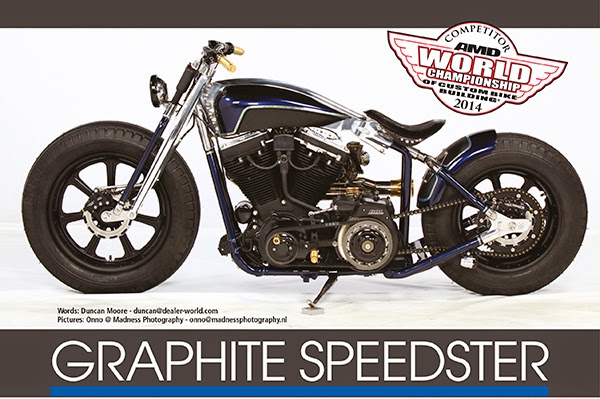 In 2013, Winston Yeh entered the World Championship of Custom Bike Building, traveling all the way to Germany from Taiwan in order to do so. He was rewarded with the win in the Modified Harley class. In 2014, he once again made the trip from Taiwan to Germany, this time to compete in the Freestyle class with his Dyna based build Graphite Speedster

HAVING won the Modified Harley class at the 2013 World Championship of Custom Bike Building, Winston Yeh returned in 2014 not to defend his title but to take on the Freestyle class. Due to the restrictions placed on custom bike builders in his home country of Taiwan, Yeh’s bike – Graphite Speedster – might at first look a little simple to be entered in Freestyle, but a closer look reveals just how much work has gone into radically changing a Dyna. 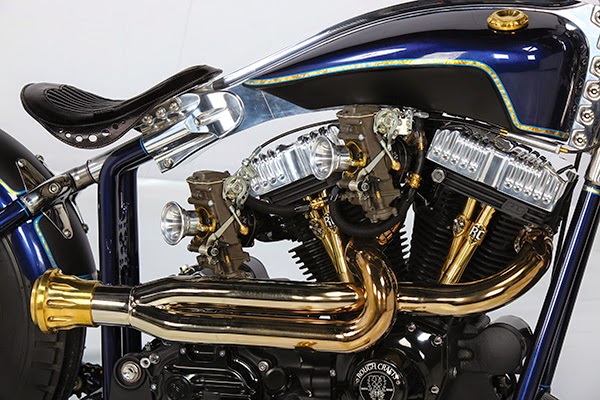 In Taiwan, while it is possible to modify motorcycles, there are many issues to overcome, as Yeh explains: “My country has very strict regulations for custom motorcycles, they compare the modified bike to a picture of the stock bike. This means I can’t radically change the frame or put long forks on a bike, otherwise it would be impossible for the customer to change back if needed to pass the government inspection.” 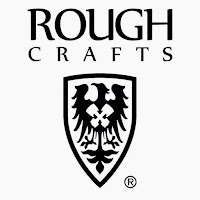 It was this need to retain the stock bike’s silhouette that inspired Yeh to completely rebuild the frame on Graphite Speedster. After the bike had been stripped down, the frame was clamped in the frame jig and the down tubes, headstock and backbone were all cut off along with the stock swingarm, shocks and fender struts being discarded. The frame’s front down tubes were then replaced with polished stainless steel tubes which join a new stainless steel headstock that in turn bolts up to a backbone CNC machined from a piece of aluminum billet. It has been machined in such a way as to create cavities within that allow the bike’s electrics, which are carried on the inside of one-half of the removable gas tank, to be accommodated. That billet backbone is also used to house the single shock that now suspends the custom fabricated Softail style swingarm, which features CNC machined aluminum axle plates. However, unlike a Softail, the swingarm on this build has been designed to disguise it as much as possible, and when viewed from the side, the bike appears to be a hardtail. The concept of the bike being rigid is helped by the new seat rails incorporated into the frame’s redesign. The stock front end has been dispatched, to be replaced by a one-off Springer, which features machined billet aluminum rear legs combined with tubular front legs with stainless steel highlights. The twin shocks at the top of the forks were originally meant for use on a mountain bike, but pairing them together here, Winston has made them strong enough for use on a motorbike. 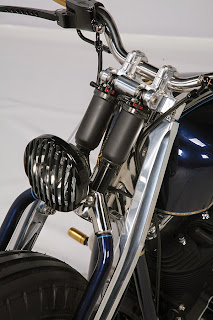 To return the Dyna frame to a rolling package, a pair of Diesel wheels in Black Ops finish were sourced from Roland Sands Design. The front is a 3.5 x 18in and the rear is a 16 x 5in, and both were then shod with 5in wide Dirt Track Ribbed Firestone tires. The wheel package was complete with the use of Beringer inboard brakes chosen, as Winston explains “to give the look of vintage drum brakes, but the performance of a modern system”. A look that is further aided by the rear brake being housed in a modified sprocket.
With the bike now a roller, Winston turned his attention to the engine. The original Dyna motor was stripped down and then rebuilt with S&S Cycle front heads being used on both cylinders. However, before fitting the heads the fins on them were turned down to give them a more rounded look when compared to stock heads. The top end work was completed with Rough Crafts own finned rocker box covers. A custom 2-into1 exhaust was then made up in stainless steel and fitted along with a pair of FCR carbs, one for each head. The engine was then finished with custom pushrod collars from regular Rough Crafts collaborators 2 Abnormal Sides, who also designed and created the tank and head badges on the bike. 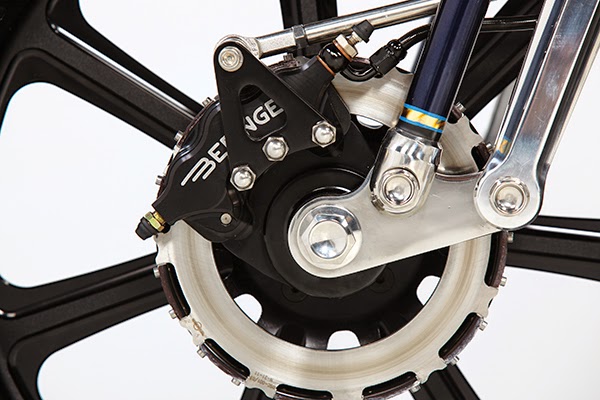 The gas tank, on which the badges sit, is a two-piece design that straddles the aluminum backbone. The right side houses the gas, and the left side carries the Ultrabatt batteries and electrics and is a quick detach design to allow easy access.
The only other bodywork on Graphite Speedster is the one-off minimal rear fender mounted directly to the swingarm. This, the tank and frame were then all shipped to Air Runner Custom Paint for finishing before re-assembly began, which included the use of Rough Crafts’ mid-mounted foot controls, lights, gas cap and grips. 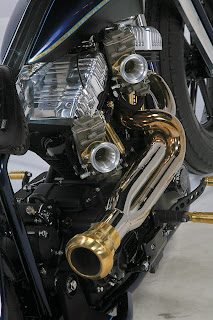 Having won a supporting class at a previous World Championship of Custom Bike Building, Winston knew it would be a challenge to not only enter the Freestyle class, but also to place highly, especially given the constraints that are placed on his bike builds by the Taiwanese government. However, he rose to it and not only created a full custom build that can pass the Taiwanese government inspections, but was also good enough to impress his fellow competitors at the 2014 World Championship, who went and placed Graphite Speedster 4th in the highly competitive Freestyle class. 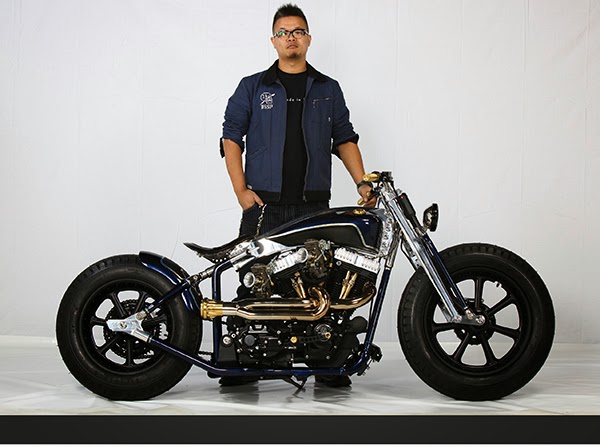