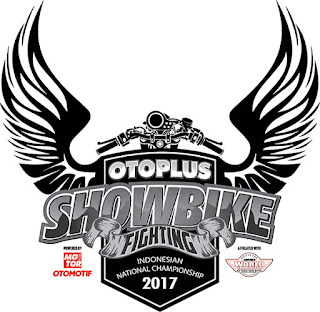 Held on the first weekend of April, congratulations to Indramawan (Managing Editor) and the team at Otoplus Magazine in Indonesia – after more than ten years hoping that they would one day be able to stage an AMD World Championship of Custom Bike Building affiliate event in Indonesia, the 2017 “Showbike Fighting” at the 18th Otobursa Tumplek Blek, a leading Indonesian automotive expo in Jakarta, saw more than 80,000 people exposed to the passion, innovation and craftsmanship of the burgeoning custom
motorcycle scene in Indonesia. 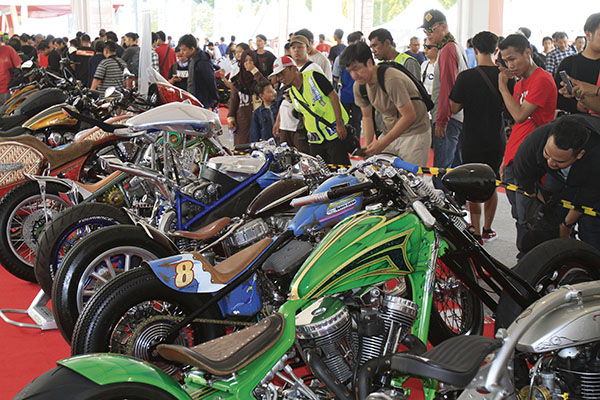 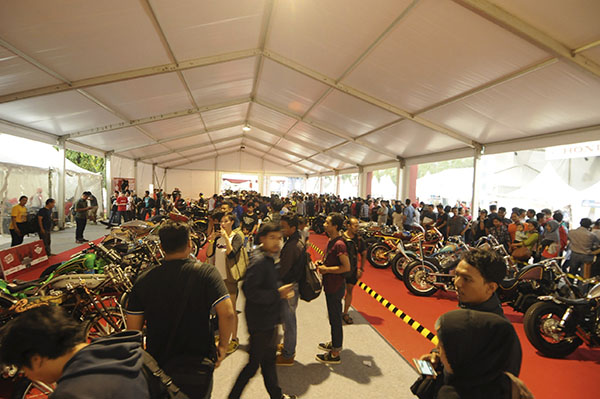 Congratulations too to ‘Veroland’ of Kickass Choppers in Indonesia for taking the win that will see him receiving bike freight and travel/accommodation expenses to be able to compete at ‘AMD XIII’ - the 2018 AMD World Championship at INTERMOT ‘Customized’ at Cologne, Germany, in October next year.
His 1948 Panhead beat off the challenge of Nicko Eigert’s (Smoked Garage) Ducati SF 848 (second) and Lufti Ardika (Queen Lekha Choppers), who scored third with a Shovelhead and fourth with a Sportster.


Using an original engine with matching number stock rigid frame, ‘Veroland’ kept ‘Pantastico’ pure and simple, with the springer front end and aftermarket performance components such as a 65 Morris Magneto, L-series S&S carbs, CCE rocker boxes, BDL belt drive, Radir 18 x 3 front and rear wheels and modified Wassel fuel tank with handmade fender, seat and exhaust – “there’s no battery” says ‘Veroland’, “just gas, kicker and big sparks”!
Statistically Indonesia is the third largest motorcycle/PTW (Powered Two-Wheeler) market in the world. It hasn’t really been on the northern hemisphere’s radar as a hotbed of custom bike building culture to date, but, as with elsewhere in Asia, that is changing.
There are currently five Harley dealers in Indonesia (three of them in the capital Jakarta), and there has always been a small but passionate custom scene there, one that pre-dates Harley’s official arrival in the country. 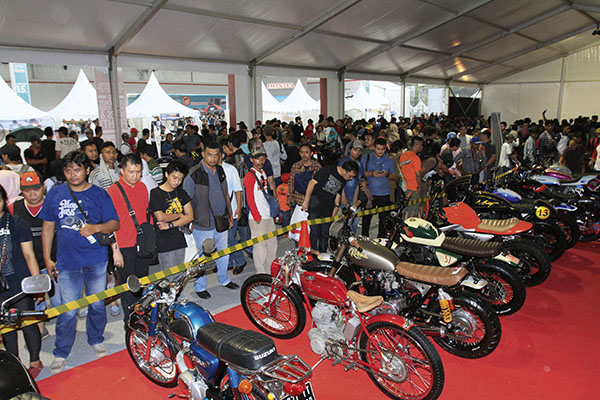 Unlike other custom bike competitions, the AMD World Championship program has always been as much about “spreading the word” as it has been about rewarding excellence, and with a population of 250 million people, we here at AMD Magazine are proud to be able to welcome “Showbike Fighting” as the latest member of the AMD World Championship of Custom Bike Building affiliate network. 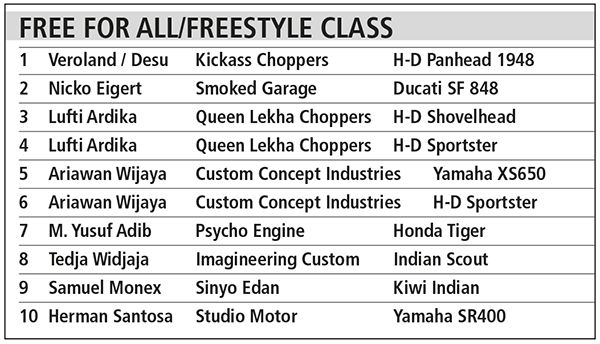 The efforts of Indramawan and the Otoplus team to create a show that they felt warranted AMD World Championship affiliation go back nearly 15 years. Their hope is that now the Indonesian market has a flagship event as a showcase, the momentum there can accelerate to keep the motorcycle custom and modification culture evolving.
‘Showbike Fighting’ was first staged in 2004 - a year after Otoplus Magazine had started – and coincidentally the same year of the first AMD World Championship, and as a direct result of the simplicity of concept and emphasis on hand-craftsmanship that they saw in the work of early World Championship winners such as Roger Goldammer.
“We started to regularly showcase the bikes that we were seeing in the AMD World Championship in Otoplus and published special editions called ‘Showbike’ that showed the Indonesian market what was happening in Europe and USA,” says Indramawan, “that helped raise the bar here and shape “the art of the possible” that bike shops and customizers here could aspire to.”
Fast forward to 2017, and our thanks go to Indramawan and the ‘Otoplus’ team, to the builders of the 80 or so custom bikes that registered for the first ‘AMD’ in Jakarta, and to Onno “Madness Photography” Wieringa for representing AMD at the show, and we look forward to hosting ‘Veroland’ in Germany next year.
Posted by DealerWorld at 03:47