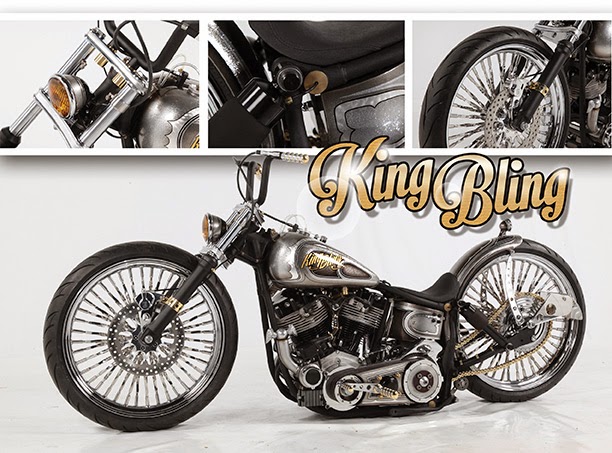 GERMANY has proven to be one of the countries that has really taken to the big wheel phenomenon, with some of the country’s top builders, such as Thunderbike, Rick’s Motorcycles and Fred Kodlin, all continuing to build with ever larger wheels. However, many of the bikes being built have only used a large wheel at the front, retaining a stock sized rim at the rear. However, Thunderbike employee Michael Naumann, who builds in his own time as well as at the shop, decided he would take a different view on the big wheel build idea and use 23in rims at both ends of a bike. The result is King Bling. 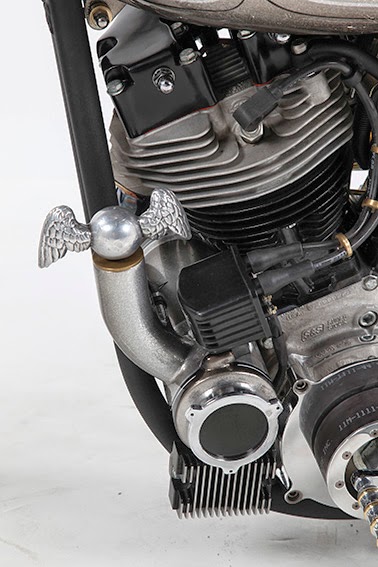 Michael’s starting point was a 1958 Panhead frame. This was cleaned up and then prepared to take air suspension from Independent Choppers. At the front the forks compress so much that the sliders stop just below the lower triple tree. The trees themselves were machined by Michael. At the back of the bike, when the shocks are fully deflated, the bike is able to sit on the ground without the side stand being needed. The air reserve and compressor for the air ride system is all held inside a dummy oil tank under the seat. The actual oil tank is now sited in between the front of the engine case and the frame’s down tubes. 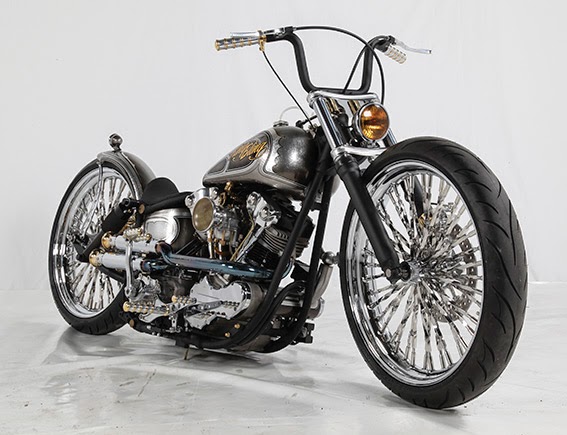 The 23in wheels that are held by the forks and swingarm were supplied by German wheel specialist TTS, and are both 3.5in wide and shod with Avon 130/60 – 23 tires. On the front wheel a Springer mount brake caliper from K-Tech has been modified to work with the telescopic fork. The same supplier also contributed the hydraulic drum brake with a built-in sprocket that is used at the rear. With King Bling now at the roller stage, Michael turned his attention to the drivetrain. Despite a Panhead frame being used for the build, a Knucklehead style motor was chosen. In this case it is an S&S Cycle engine, which has been matched to a Baker transmission via a BDL open belt primary. The engine was then dressed with a set of one-off pipes by Michael, an S&S carb, and a set of hard oil lines. Using his skills as a machinist, Michael then went on to craft not only the rear fender stays, but also the mid-mount foot controls. He then took care of all of the polishing and plating himself, leaving only the paint to do. This was taken care of by Ingo Kruse.
Given that Michael works at Thunderbike, the shop which in 2012 took the win in the Freestyle class at the World Championship, it should come as no surprise that he knows what is needed from a bike to place highly at the Championship. So it is easy to see why he built King Bling as he did, and this knowledge paid off when his fellow competitors voted his bike 19th in the Freestyle class at the 2013 World Championship of Custom Bike Building. 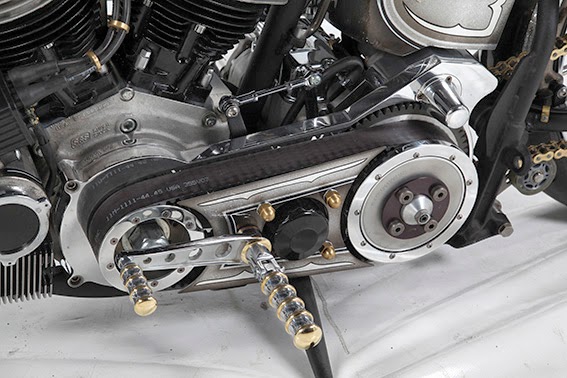 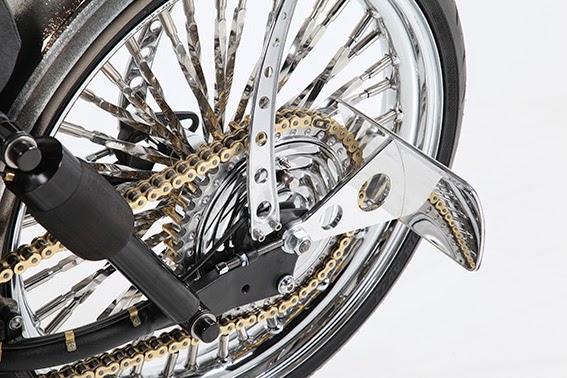 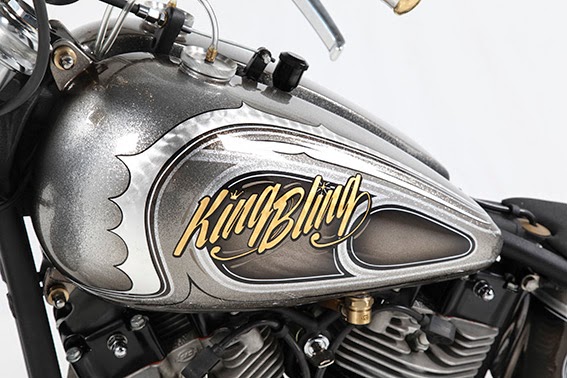 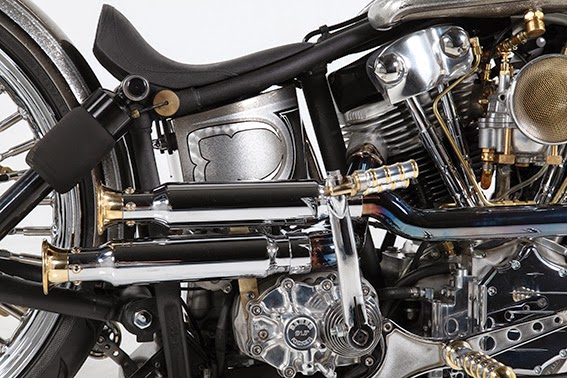